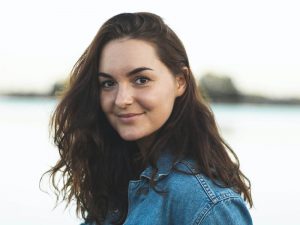 Fibroadenomas are benign (non-cancerous) breast lumps. They are very common – about one in ten of all breast lumps are fibroadenomas. Thus, they are now regarded as a variation that can occur during normal breast development, rather than a breast disease. They consist of a benign growth of a mixture of two types of breast cells: the tissue cells that give the breast its support, and the cells lining the milk ducts. As for the normal breast tissue, they are affected by hormones, increasing in size during pregnancy.

They appear mostly in women in their 20s; in this age group, more than half of breast lumps are fibroadenomas. They are much less frequent after menopause. Their cause is not known therefore they cannot be prevented.

Fibroadenomas appear as a firm, rubbery, lump usually detected by a young woman, or her doctor. They often feel like round, smooth masses, that move about the breast when touched with the hand. Sometimes they can be found on a mammogram or ultrasound done for another reason in older women. They are usually single lumps, but some women can develop multiple fibroadenomas in one or both breasts.

Fibroadenomas can become tender and larger before a menstrual period. Over time, the majority do not change in size, around a third get smaller or disappear, and a small proportion increase in size. Rapid growth is uncommon but can occur in adolescents (juvenile fibroadenomas) and in older women with other lumps that can resemble fibroadenomas, such as phyllodes (leaf-like) tumours.

How are they Investigated?

A breast ultrasound can usually differentiate a fibroadenoma from a malignant (cancerous) breast lump. The diagnosis is confirmed with an ultrasound-guided biopsy, either by fine needle aspiration or preferably a core biopsy.

For the very young, with very small fibroadenomas shown unequivocally on ultrasound, biopsy can be omitted and a follow-up ultrasound at 6 months is all that is required.

For older women, breast lumps are investigated with the ‘triple test’, which consists of a clinical breast examination, breast imaging (ultrasound and mammogram) and a breast biopsy – a benign triple test result is reassuring, and follow-up ultrasounds can help keep a check on size change over time. Occasionally triple test results are unclear, for example, benign biopsy but worrisome breast ultrasound or mammogram appearance; in this scenario, women are advised to have their breast lump surgically excised and examined.

Are Fibroadenomas linked with Breast Cancer?

Although some fibroadenomas can grow, especially during pregnancy, breastfeeding, and in women under the age of 20, they do not significantly increase the risk of developing breast cancer. They do contain breast cells though, and therefore these could rarely turn into cancer, as any other cells could elsewhere in the breast or in women without fibroadenomas.

Sometimes, phyllodes tumours are difficult to be distinguished from benign fibroadenomas on core biopsy. In this situation, women are usually advised to have their breast lump removed and examined.

How are they treated?

This depends on the patient’s age, preference, lump size, and biopsy results. Surgical excision can be offered to those who wish to have their lump removed. However, most fibroadenomas can be managed without surgery. Especially in younger women, when they can be reassured of the benign diagnosis.

Surgical excision is recommended in patients with:

Excision for pain is not guaranteed to improve this symptom. Surgical excision is performed under general anesthesia through a cosmetically placed skin incision, usually at the base of the breast or at the edge of the areola – an approach through the breast base with tunneling through the space behind the breast provides access to most breast lumps and leaves a hidden scar.

Another option is to remove small fibroadenomas with a vacuum-assisted large core biopsy needle under local anesthetic.

The Breast Clinic at the BCRC-WA
Perth Breast Cancer Institute

The Breast Clinic at PBCI, the clinical arm of BCRC-WA, ensures that men and women can be supported by the same team in the same location from the very beginning of their breast cancer journey. With Perth Radiological Clinic (PRC) on site at the Hollywood Consulting Centre, patients requiring urgent review can undergo imaging and be seen by a breast physician on the same day.

The clinic also provides a comprehensive and streamlined service for patients with a benign breast diagnosis. Being able to attend an imaging appointment on site followed by a review with a physician is a huge relief for anybody undergoing investigations for breast symptoms. Ongoing surveillance and management of benign breast conditions such as fibroadenomas, are part of the care offered at the Breast Clinic.

To read the Fibroadenoma pamphlet in full, ask our staff at your next appointment or download it from our website.

Donations allow us to continue to conduct research into the causes of breast cancer and how to best prevent and treat it.
Donate Today